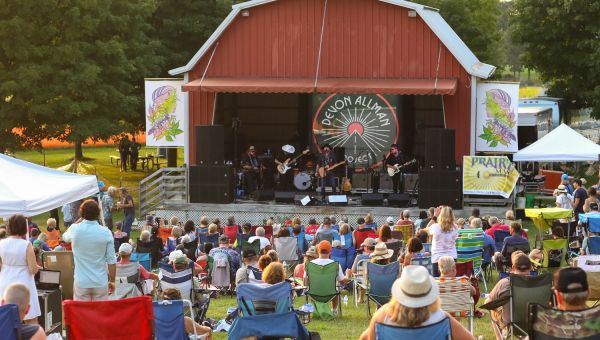 Los Lobos will be the 2019 Prairie Magic Music Festival headliner, Porter County Parks and Recreation announced this week. The Prairie Magic Music Festival, held each August at Sunset Hill Farm County Park, is a celebration of Rock, Blues, and Americana music. Working with long time Porter County Memorial Opera House collaborator Rob Harkel of Brightside Music, the department has grown the festival to attract high quality, national-headlining acts, alongside local favorites as opening acts. The department and Park Board work to increase the number of quality performances at the Sunset Hill Farm County Park amphitheater. This year’s headliner is sure to attract visitors from far beyond Porter County, though.

Originally from LA, Los Lobos’ music is a rock-and-roll, Tex-Mex blend. They first gained international fame in the late 1980’s with a cover of Ritchie Valens’ “La Bamba” and have been creating music for more than 40 years. The three-time Grammy award winning group has also received a Latin Grammy Lifetime Achievement Award and was inducted into the Rock and Roll Hall of Fame in 2015.

This year’s Prairie Magic Music Festival will be Saturday, August 17 from 1-7pm. Tickets are on sale now for $30 each. Food vendors and a beer garden will be on site.

Arts and Entertainment, Fairs and Festivals