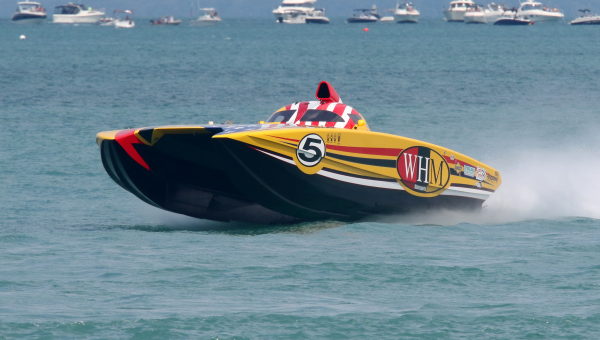 In a spectacle of speed and sound, some of the world’s fastest offshore powerboats will zoom across Lake Michigan as thousands of spectators watch from the shore in Michigan City’s Washington Park. The colorful racing boats reach speeds of up to 200 mph as they cut across an ever-changing course, challenged by wind and waves. 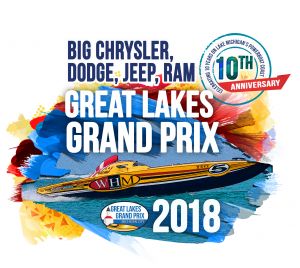 One of the best parts of the whole event for fans is the chance to walk through the park and chat with racers, team members, and boat owners while getting up-close looks at the mammoth watercraft before they appear in the Saturday boat parade and, of course, in the actual races on Sunday.

On all three days, the Dry Pits and Race Village is open to the public throughout the day and evening, as is a beer garden. Vendors sell a variety of food, drinks and merchandise in the Park. Free parking and shuttle service from the Blue Chip Casino to Washington Park is also available all three days.

Local restaurants showcase their best dishes at the Taste of Michigan City both Friday and Saturday. The event is sponsored by the Michigan City Mainstreet Association in the Uptown Arts District along North Franklin Street. Friday evening, Point’n Fingers plays in Washington Park, and Saturday, Pablo’s Great Revenge Band entertains.
Fill your Saturday with the Great Lakes Pro Am Beach Volleyball Tournament, the Vintage Car show by Four A’s Car Club and the highlight of the day – the Boat Parade and Block Party starting at 6 p.m., another great place to see the powerboats and meet the drivers.

On Sunday, comes that time everyone has been waiting for – the races at 11 a.m. and 1 p.m. You’ll hear the thunderous sound of the powerboats and the roar of the crowd as Lake Michigan becomes the stage for another amazing race.

For more information and a complete schedule.