Indiana has had its share of craft brewers open during the industry’s recent explosion in popularity. I wondered what the buzz was about so checked in with brewmaster Todd Grantham, one of the founders of Mad Anthony’s Brewing, with a location in Warsaw. “Sometimes we’re called microbreweries and sometimes craft brewers, but all it really means is that we’re a smaller end brewery. We’re smaller operations that are a lot more hands-on,” he says. 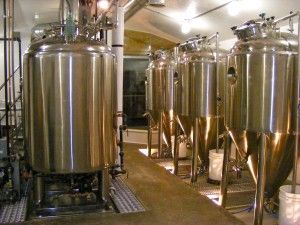 Drinking a beer in sight of the vat where it was brewed is part of the appeal.

Part of the craft brewery appeal is the experience: Drinking a beer in sight of the vats where it is brewed. “We see a lot of excitement for what we sell. We do best with the beer we sell on-site by the glass than we do in what we bottle and put in boxes,” says Mad brewer Todd. The Warsaw location is the company’s third, and it’s a fun place housed in a historic building and decorated with photos of John Dillinger, who once terrorized the citizens. Beers on tap vary with the season, and it’s always fun to try the latest Mad experiment. Some of their top sellers have cheeky names like Harry Baals Irish Stout (named for a former mayor) and Ol’Woody Pale Ale.

I follow the foam trail to small brewer Evil Czech, which opened this spring in Culver. Evil also makes mean brews in ever-changing options. We sample a flight of six on-tap selections, including an interesting 7 AM with hints of oatmeal, and the best seller, American Wheat. Evil manager Shawn Erickson tells us that they’ve just begun offering growlers to go (a half gallon of fresh brew) and will add root beer and cream soda to the mix soon. The food is good, too. I especially enjoyed the bison bologna sandwich, a vast improvement over the sandwich in your childhood lunchbox. 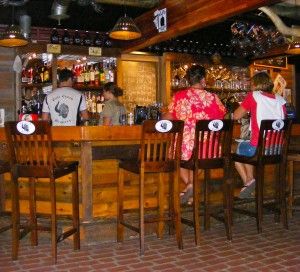 You could plan a whole day or weekend around microbrew stops in Northern Indiana. Check this link for some suggested stops for hops: http://www.brewersofindianaguild.com/breweries.

Kim Ranegar is a freelance writer from Valparaiso with a thirst for information about the latest craft brew stop.