Heston Supper Club is difficult to find, but impossible to forget. We arrive on a random weeknight and find the parking lot dotted with local’s cars and others bearing plates from Michigan and Illinois. Though the menu includes steaks, chops, ribs, fresh seafood and more, most diners make the trip for one thing: their famed prime rib! Cooked low and slow, it’s the best I’ve ever had. 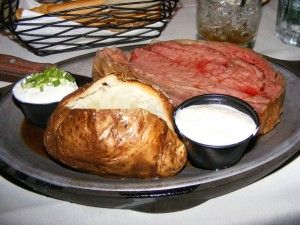 “Cooking it low and slow means the meat retains all of its natural juices, losing only about 10 percent as opposed to high heats where meat loses 30 to 40 percent of the juices,” explains Tim Ohlund, Heston Supper Club owner (along with wife Jackie) for 30 years. They start the prime rib daily at 8 a.m. so it’s ready and resting before they open for dinner. “If you come in at 9:30 at night, you can still get delicious prime rib cooked medium rare,” Tim says. Because they have to start so early, they must predict the daily demand so they don’t run out, which happens ever so rarely. To be safe, they guess on the high side, often resulting in delicious leftovers that make fantastic soups, another mainstay of the Heston menu. 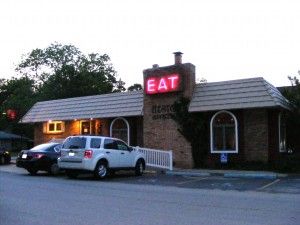 Tim shares a favorite recipe made with Heston prime rib along with unexpected flavors of chipotle and chocolate. You may want to order a large cut just so you have leftovers for this tasty soup. Hint: The house cut is a generous 22 ounces (it looks like two paperback books) and it will make you the envy of the dining room.

Heston Supper Club only serves dinner. It’s open 363 days a year: closed only on Christmas day and the 4th of July (Tim’s birthday). “We close only for Jesus and me,” he laughs.

2. Add the beans and corn. Bring to boiling then add chocolate and stir until dissolved. Lower heat and simmer, covered, for 10 minutes. Garnish with chopped cilantro, grated cheese and sour cream.