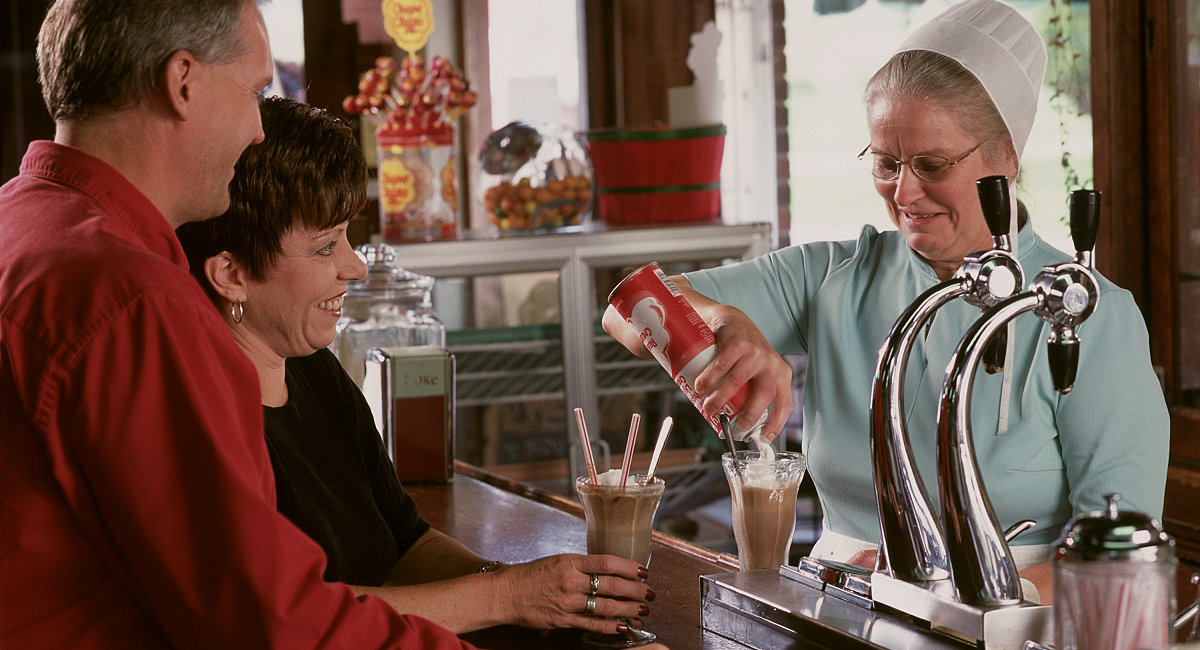 In an old general store along an Amish Country road, I found the friendly Emma Cafe in Topeka, Indiana. The squeaky screen door smacked shut behind me, and I felt like I was home. Constructed in 1931, the building still has its original wood floors and a tin ceiling. The wooden soda fountain with bright red stools has been there for decades, too. 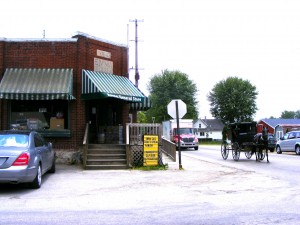 The menu is as timeless as the decor—think ham steaks, au gratin potatoes, BLTs. If you’re lucky enough to arrive on a Wednesday, the special is Swiss steak, prepared by Barbara Hostetler, grandmother of the Emma Cafe’s owner, Molly Michael. “It’s legendary,” says Molly of her grandmother’s signature dish. “When we opened seven years ago, she offered to make it and I wouldn’t turn her down! It’s amazing that she’s still doing it.” 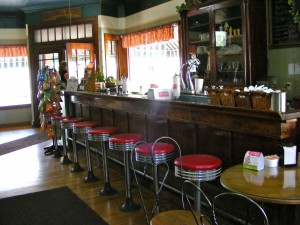 The 28-year-old co-owns the cafe with her mother, Colleen Hostetler. “I started working in a restaurant at 15,” says Molly, who credits her first boss, Kathy Hicks of Fern’s Country Foods, with many of her recipes. In fact, one of the Emma Cafe’s best sellers is the chicken and noodles, which features noodles still made by Fern’s. “After eating most of my meals here for the last six years, I still love the noodles,” Molly says. I asked her to share the recipe and she confessed that there isn’t one. “We don’t measure much,” she laughs. She did share that they use a chicken stock not bouillon and serve it over real mashed potatoes. I order the generous half portion for just $5.25. Hearty and comforting, I savor every fork at my comfy oilcloth-covered table. It’s the kind of place where the server calls you honey and it doesn’t feel a bit condescending.

End your meal with pie or relocate to the soda fountain for a scoop or a soda. True to its general store roots, you can also pick up bread and milk for the road and the hum of the coolers adds to the charm. The Emma Cafe offers pizza for delivery and fresh-baked cookies for mail order. But don’t miss the chance to visit. You’ll long to linger.

Kim Ranegar is a freelance writer from Valparaiso who enjoys the back roads and buggy lanes of Amish country.